When the generation gap becomes apparent, we oldies need to go directly to the youngies to get things explained. Which is why I asked my 16-year-old daughter again to explain to me who hipsters are, and how they differ from the other groups. I’m not the only person to struggle with this, so here is a transcript of our (taped) conversation in the car recently:

P: Hipster’s more mainstream, sort of more ‘brandy’ will wear the Chinos rolled up, the Vans. That have that certain type of hair that’s more quiffy, and sort of shaved on one side a little bit more edgy than the indies. And they might have piercings or tattoos or that stuff, they might have been skaters but then they started to decide to dress vaguely nicely.

And then like indies are more like opp-shoppy, you have mainstream indie now, it was in the shops a while ago but it’s become a bit more rocker-chicky so that’s changed. Um, indies wear a lot more layers, there’s more girl indies than boy indies and you would never see a hipster with a ukulele. Ever.

Me: A girl indie will carry a ukulele?

P: Not always, it’s not like ‘I’m going out of the house. Take a ukulele!’ But [friend’s name] has one. A good indie has a ukulele. Boys as well.

Me: But there aren’t many boy indies.

P: There are plenty of boy indies.

Me: You said you won’t see many boy indies.

P: [keeping patient, for the interview] I said you won’t see many girl hipsters.

Me: Oh. What about the Ned Kelly beard? Like I was saying before…

P: Well, indie’s younger. Maybe indie turns into hipster as they get older, I don’t know, because none of my friends who are indie have facial beards! I’m sure they’d love to grow them but… they’re not allowed, and they’re teenage boys.

Me: You said before that confidence is important for indies because it starts younger and you have to be confident to wear opp-shop clothes, non-mainstream clothes…

P: Well not always opp-shops but they sort of come from little boutiquey shops a lot. Like if you find a true indie, you’d never find them shopping at Sportsgirl, they might find one thing and that’s like a specialised indie one thing… Yeah so hipster, it’s a lot more branded, like shops like Globe, General Pants, American Apparel. But we all like American Apparel, it’s just too expensive.

Me: You were saying before [we were talking before I started taping] that indies are into jumpers and hipsters more into jackets. And you were saying the guys wear puddle pants with the Vans, rolled up-

P: With no socks.

Me: No socks. Could that have originated as an indie look?

P: No, because Vans are branded. And really expensive. You have to think about the money here as well. Indies are dressing at opp-shops because they’re thinking… consumerist… blah blah blah…  Whereas hipsters have no qualms about that.

Me: So there’s also an intersection between social politics? Attitudes? Conservation? Philosophies?

Me: What about dumpster diving? Have you heard of that?

Me: Just talk quickly about ‘bogan’ and ‘yobbo’

P: Okay. Yobbo is bogan, no one uses the word yobbo anymore, because saying ‘yobbo’ makes you sound like a yobbo so you don’t say it. You say bogan, so… yobbo just shouldn’t even be in the dictionary. I’ve never heard it, from someone. It’s ridiculous.

Me: So there’s another group?

P: Oh yes, we have heaps. So then there’s like, crossing over from that you have the North Face Guys, right.  And they all dress in, sort of like, a little bit hipsterish cause they’ll wear the Chinos but they’ll wear the Chinos with runnery kind of, not runner runners, but you know those Nike things with the really thick white bits?

P: And they wear those North Face jackets zipped right up to under their chins and have the hoods up so they can mug people. They always have a backpack, always. Like a sports backpack and they go to parties and never take it off, because there’s usually illegal things in there.

The only other thing I learned was that you know how we say ‘google it’ they also say ‘image it’ so when I said what do hipsters wear, she said ‘image it.’ 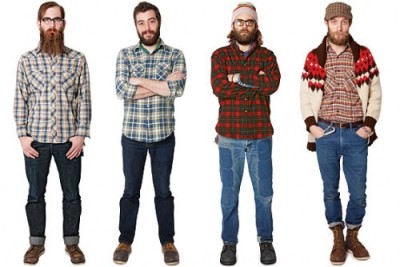 2 thoughts on “Hipster versus indie versus everything else”