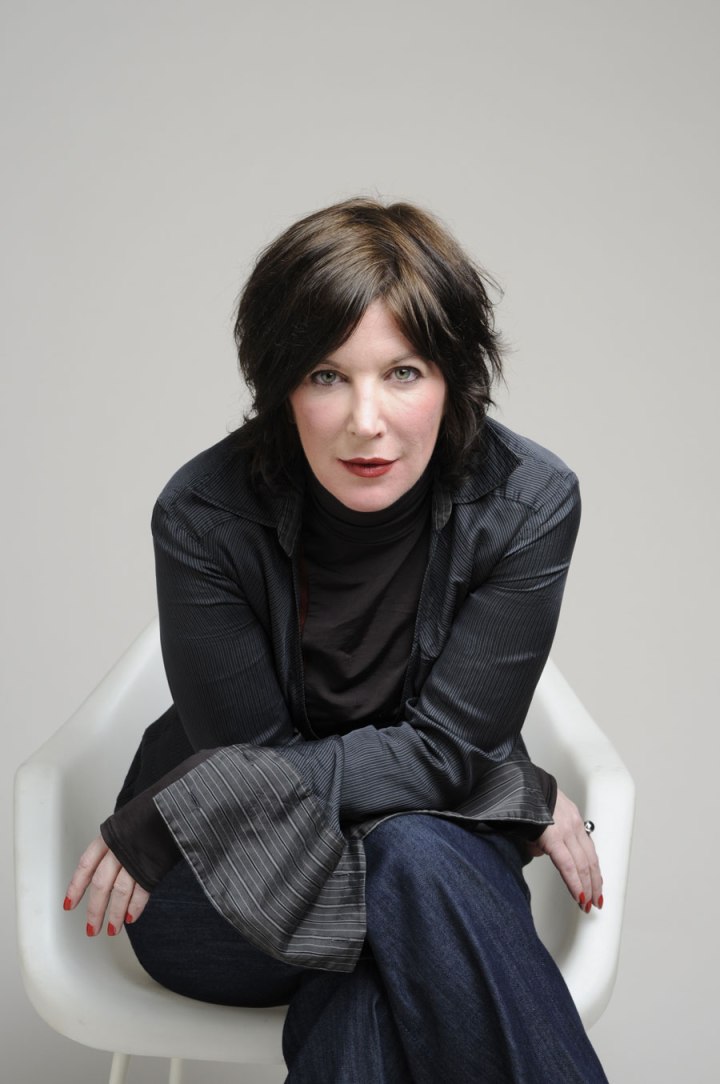 MJ Hyland has written three novels and I enjoyed all of them, particularly the second (Carry Me Down) and third (This is How). Her stripped-back prose and clever, clever management of points of view I find exciting. In an earlier writing course I did, in 2009, in between meetings every two months we read books and discussed them. It was a great way of hearing about different people’s reading tastes and to polish how we speak about books. Many others of the group found Hyland’s prose too sparse but not me. I love it. Here’s a quotation from Hilary Mantel on Hyland:

When you’ve been reading MJ Hyland, other writers seem to lack integrity.

I saw Hyland on a panel last Friday at the MWF talking with Tony Birch about  post-national literature. She has a strong presence and a voice which surprises you at first because it’s so deliciously deep. She is very confident and strong but then occasionally laughs (usually at herself but it seems like a private joke and you’re not in on it) and it’s a bit disarming. I found her charming and intimidating in equal measure.

A couple of things she said on that panel I wrote down, because they resonated:

It [a story with  universal themes] could happen anywhere; that’s the kind of fiction that is best, [when] place is irrelevant.

She hates descriptions (shit, I thought, because the next day I had the workshop and my piece that I’d submitted beforehand had description of the worst kind: lyrical and poetic and try-hard).

She LOVES story. ‘The Russians, they got on with it. Flannery O’Connor, the same.’ (Gulp, I don’t really do Big Story. Er.)

She said she’s heard lit agents and publishers say more and more that they care less and less where a writer’s from, their age and gender, because of e-books. People start reading because of work of mouth. [I’ve just noticed this slip of the fingers; I’m leaving it as ‘work of mouth’ because it’s quite fitting though a typo.]

On this national identity thing, Hyland said ‘in London, no one asks you where you’re from. They don’t care, but they do here. The English aren’t having these conversations about post-colonial, post-national literature. They’re over that.’

On uni writing courses (Hyland teaches at Manchester University) she tells her students that the most she can do is ‘speed up’ their ‘apprenticeship’ but that she can’t create talent and the person needs to spend three hours a day at the work. (Later in the workshop she agreed about the ten thousand hours that people need to put in to master something; I’ve heard this before too.)

Less than 1% of writers will earn a living at writing

Earlier this year, or maybe last year, I saw that Hyland had begun running advanced fiction masterclasses, in the UK. This year, with my blessing of increased travel, I’d wondered whether I could justify a trip over to do the masterclass, and I could see some castles and maybe do some rambling walks in the countryside. I’ve never been to Bronte country, or the Lake District. Oh I’d love to go to Ireland, etc etc. I decided no. I couldn’t justify it. Then when I saw the Melbourne Writers Festival program, it was all okay! She was coming to me! (See, that’s how excited I was. Two exclamation marks.)

On the Saturday afternoon, sitting there in one of the Wheeler Centre rooms, I think we were all a little trepidatious. Maria – praise the Lord – DIDN’T do the staid old awkward/boring thing of going around the room where everyone has to introduce themselves. As she said, we only had three hours, and it takes so long to do that sort of beginning. So we got straight into it, and she opened herself to questions from us.

She could see we all were.

Once we got going, though, it was fine. She answered our questions, about her writing process. We did some work-shopping of each other’s pieces, talked about processes and editing and stuff like that.

It was really good but too too quick and one day I’d really like to do a longer class with her. Fantastic teacher.