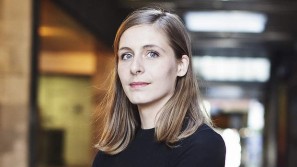 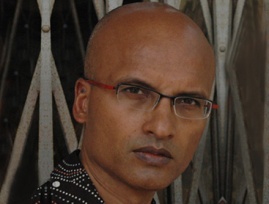 The first note I have written here is: ‘Margaret Drabble’s pearls.’ They were beautiful. I’m noticing pearls, and wearing them a bit more this year. A writerly friend and I have decided 2014 is ‘the year of the pearls.’ We are trying to bring them back, and it was good to see Drabble is on board with this project.

My second note is: ‘thanks for spoiling Pure Gold Baby for me.’ Ouch. Give with one hand, Margaret, and take with the other.

Eleanor Catton said she tries to keep the ‘what if’ part of her mind open as much as possible. She mentioned Italo Calvino’s The Castle of Crossed Destinies (here I have written ‘Across the … Destinies’ – I think I mentioned I struggle to hear things anyway and the last session with Catton I couldn’t hear much. This one was much better though.) This book was based on a tarot spread. Catton read the novel and found it boring but was very interested in the form and the plot. It gave her a ‘what if’ question:

Can I write a book that’s structurally complex, that’s not inert? That’s well-plotted and rollicking?

− Eleanor Catton on form and plot of The Luminaries

Margaret Drabble took a very long time to write The Pure Gold Baby, she said. The subject was with her for 40 years and she ‘never thought she would write it,’ but the time came when she did. She had known the child (that the novel is based on.) The problem was how to avoid identifying the real-life child.

Drabble said (on the ‘Livingstone bits’ – and I haven’t read it yet, just googled, gently and with a bit of trepidation – it seems she folds the story of explorer David Livingstone into the book), she said that ‘I love him and I’m sorry. I put in things I like.’ Then ‘all these things came together and I had something of a plot.’

During the introduction, someone mentioned an EL Doctorow quotation, here it is in full:

Writing is like driving at night in the fog. You can only see as far as your headlights, but you can make the whole trip that way.

― E.L. Doctorow, Writers At Work: The Paris Review Interviews
On this quotation, Jeet Thayil said that for him it’s not a car. With a car there’s a road to follow. For him it’s a boat. Not even a ship, and you go off, he said. Someone asked the question: is there a compass? Thayil said ‘maybe a star or two.’ He doesn’t have a structure until he is well into the writing. A lot of it is to do with ‘gut instinct.’ [Thayil’s debut novel is Narcopolis, a novel about opium set in the 1970s in Old Bombay. See wiki here.]
Catton said she read for two years, and wrote for three. The question then came: How do you trust/know that you’re going to get there?
Drabble said you don’t know. You could do lots of work and not get anywhere.

The novel is a dark, dark world. You can’t even read the stars

− Margaret Drabble
Catton looked at star charts over the equivalent of a few years. She plugged in co-ordinates of her goldfields setting of The Luminaries, and one particular time interested her. A ‘triple conjunction.’
Thayil said there is an attraction for a very strict form. He talked about poetry, that a tight form is very freeing and means that ‘half the work is done’ because you have to follow that form. He spent time in opium dens. He was a journalist for twenty years. Someone taking opium in incapable of writing long-form fiction but journalism/poetry can be done in bursts. At the time, he hadn’t planned to write about it [his opium addiction] and the book − Narcopolis − is very much a work of the imagination, but the details in it are absolutely true.
With The Pure Gold Baby, Drabble started writing it from the point of view of the mother. Then she felt she didn’t have the right or authority, so she went and tried a ‘neighbourhood voice’ the collective ‘we’, so there is a narrator but ‘she’s not personalised.’ (Drabble said she didn’t realise that’s what she had done, until someone read the ms or a part of it and commented that she’d used collective ‘we’ voice.) Drabble wanted to describe the society of a cohort of parents living in a specific part of London (North) during a specific time (the late 1960s.)

At the moment I’m writing a novel that I think I’ll be writing for the rest of my life. I like writing it. Why finish it?

− Margaret Drabble
The Pure Gold Baby is ‘like life’ and seems to have the problem of no ending. Because, as Drabble said, ‘you’re not dead until you’re dead.’
Thayil took 3 years to find the structure, and 2 years to find the voice. Then he had to rewrite it all. He realised the ‘opiated voice’ needed long sentences (I missed the quotation, but have seen elsewhere people marvelling at the fact that Narcopolis opens with a sentence that runs for 6.5 pages.)
Then the authors read a little from their novels. Catton was first and I’ve noted that ‘hearing the author read their own work, you hear the tone, often missed when the words are flat on the page, for example EC reading Harold Nilssen’s section: lots of humour.’ (This is something I noticed with Tim Winton reading from Eyrie. I could hear the humour, which meant I went home and continued to read the novel with Winton’s tone in my head. It’s an interesting phenomenon.)

One comment I have about Catton is that she is a writer’s writer, in that she talks a lot about the structure (and yes, this session was about Intelligent Design) but she rarely mentions that there is a love story at the heart of The Luminaries, buried within several mysteries (a murder, a gold theft, stolen identity.) Other authors tend to talk about the elements of human interest that their books may have; they put out story or character hooks that will make people want to read. Catton talking about structure and form interest me, but I wonder how much it would be of interest to the general reader. It’s not a criticism, because I love hearing about all that, but it’s just something I noticed. I think it’s fabulous, and inspiring, and wonderful, that authors who write what excites them, in a way that excites them, can also be ‘successful’ in publishing, whatever that means.

It’s hard for me to separate talking about plot and structure; they are conjoined

Question (from the audience, and I believe it was Susan Wyndham) on characters having free will. Catton said no. ‘They can’t, it’s such an artificial idea.’ Then there was interesting conversation around opium addiction (both Catton and Thayil’s novels include opium addiction) and the idea of free will.

Catton said she read 19thC novelists ‘with intent.’ She wanted to see if she could write as much as possible in a 19thC style.

I thought ‘what can I steal from you?’

NEXT: Session on The Lucky Culture, by Nick Cater. Disclaimer: I had no idea what I was going to see. The word ‘culture’ caught my eye, and the spin on the idea of ‘the lucky country.’ What followed was an unforgettable experience, and not in a good way.