At the moment I have a lot of books partially read, and plenty unread, but that doesn’t stop me bringing more into the house. I bought Wild Things by Brigid Delaney earlier this week, one of those ‘how has she done this?’ purchases, as well as Jennifer Egan’s A Visit From the Goon Squad and Edward St Aubyn’s Lost For Words (purportedly a satirical look at prestigious literary awards, in this case ‘The Elysian Award’.) Also, I am partially through John Safran’s Murder in Mississippi (funny and grim in turns), and Karen Russell’s Swamplandia! which reminds me of one of my favourite books, the little-known Geek Love by Katherine Dunn in its out-of-this-world inventiveness.

Also to be read are Elliot Perlman’s The Street Sweeper (seeing him at the JWF recently reminded me of him. I’d not been too interested in this book, not sure why, I loved his first two) but after hearing him speak I thought I’d buy it and read it. I also bought Andrea Goldsmith’s The Prosperous Thief and want to read that as well, particularly as a few weeks ago I read Jacob G Rosenberg’s East of Time. Utterly devastating but so beautifully written, so humane, such a ‘bearing of witness.’

I’m stalled on Michel Houellebecq’s Whatever, I think I described it as a poor Rachel Papers. So whatever is the right word for it, but I’ll get back to it. 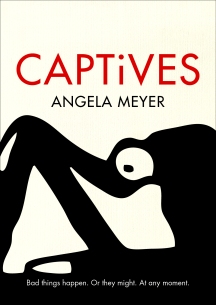 Yesterday I went into the city twice. First for lunch with an old school-mate, and on the tram I met a woman who started chatting to me, from St Kilda junction all the way to the Arts Centre. That’s a few stops. When I got up to go I wanted to shake her hand and say it was nice to meet her. I asked her name and drew herself up and said: ‘Oh that’s something I don’t tell people.’ I couldn’t help blurting out ‘you told me everything else but you won’t tell me your name? I’m Jenny.’ We shook hands and she called after me. ‘I will tell you my name. But next time!’ So funny and it was good to chat to her. She was one of those people who most people ignore and don’t want to talk to. She was a chatter and lonely. After lunch I went into the Nicholson Building to the wonderful Maria at Maria’s Beads and Trim to buy more glue for Art Girl, who is gluing beads onto a sheep’s skull Mexican Day of the Dead style. Then home. Then back in again for Angela Meyer‘s book launch of Captives, a gorgeous little compendium of flash fiction, published by the wonderful Donna Ward at Inkerman & Blunt. Donna put out Love Poems last year, and later this year will put out Love Stories. And by the way, there is a call out for poetry submissions for a new project, check here. Last night Donna introduced me to another writer, Sarah and we had a good chat. I saw Antoni Jach as well (one of my former writing teachers, I have about a billion of them) and then I spied Kirsten Krauth of Wild Colonial Girl fame, author of Just_a_Girl, her first novel. So that was great, to finally meet her and not just because we share an agent. She was chatting to David Sornig and then Jo Case came up and sat and chatted as well. So that was a lovely evening. I rolled home on the tram, tipsy from two martinis. A very pleasant evening. Tomorrow night I’m off for drinks with more writers and editors. Love it.

[NO PIC FOR THIS. I GOOGLED ‘INFECTED FINGER’ AND WISH I HADN’T.]

So Sunday I woke up with a sore finger which has now developed into a nasty reddened lump. I went to the doctor today, had a tetanus shot and got antibiotics. Had to explain what I thought caused it, which was this: handling the offal including lungs that I got from an abattoir on Friday, kept on ice until Saturday when I assisted Art Girl with her photography project. Another doctor was called into the room for a second opinion. There was talk of anabolic and abolic thingys. When I mentioned the lungs the second doctor took a step back. When I mentioned the art project he had regained his cool and said that Tracey Emin did that years ago, that it was ‘nothing new.’ I couldn’t tell if he was disparaging my daughter’s idea as not original or trying to reassure me that other artistes had handled body organs. He mentioned excreta. I said very firmly that I would have said no to excreta, somehow trying to shepherd my reputation back toward Good Mother territory and away from Mad and Negligent. So. That’s the finger. Doctor One said if I don’t get results with the antibiotics within 24 – 48 hours to go back or go to emergency. He checked my elbow for soreness as well as my lymph nodes under the arm. For swelling I suppose. Scared the shit out of me I have to say. 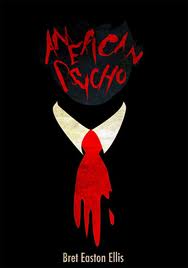 In terms of my manuscript, I have set myself a deadline of two weeks from yesterday to finish this version and send back to my agent. This is a bit argh, but you know. Otherwise I am just reading and pottering. And there’s this:

I was asked by the lovely Sam van Zweden at The Writers Bloc if I’d contribute a piece to the website for the ‘The Book That …’ series. I chose to write about American Psycho by Bret Easton Ellis as the book that really made me scared. You can read it here.