Well, what news have I other than that my sleeping time is being sucked by the Tour de France and I am finding myself wanting to cook and eat Franch food? Not much other than I’ve been reading (nothing stops me reading). 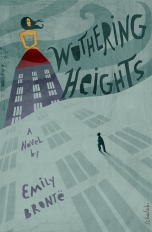 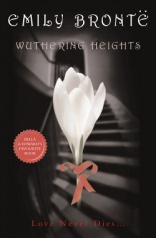 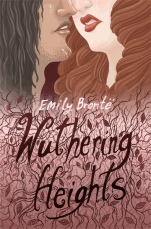 So how heinous are these book covers?

Wuthering Heights (like Lolita) has so many variations of book cover ranging from revolting to good. Here are some more:

I am re-reading Wuthering Heights. This is my copy: 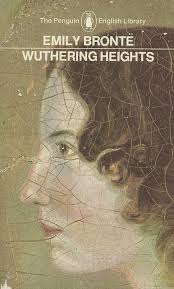 and in the front I’ve written, in pencil, an embarrassing plight of troth to Heathcliff. Oh, 17-year-old girls…

I also have Colum McCann’s This Side of Brightness (it’s very good I just keep putting it down) and Swamplandia! still half read; I read another novel that I didn’t think was very good, oh and I also read Michaela McGuire’s Last Bets a couple of days ago. I thought it well written and engaging. I liked the questions about the gap between morality and the law, and I think a test of successful NF is when a book is enjoyable and accessible regardless of the topic. I really liked the way this book was written, it created a narrative and was informing and entertaining. It was comparable to Anna Krien’s Night Games, which I read last year. Both these books I will be measuring against Helen Garner’s upcoming book later this year. The reason for me reading the McGuire is because I’ve joined the Readings non-fiction book club which starts next week. Three NF books (Last Bets is first, then Katharine Boo’s Behind the Beautiful Forevers, and then the Garner. I’ve never been in a book club so this will be interesting for me.)

I’ve collected a lot of links about The Goldfinch. It feels like I have some sort of ongoing relationship with this book and I’m also re-reading it at the moment. I was puzzled by the commentary around it, the critical commentary, especially when people were saying it was not just clichéd but that ‘Tartt deals in clichés’ and that the writing was not very good, was too loose, too dense, poorly constructed at the sentence level, overwritten and that it needed a good edit. I had not noticed any of these things when I read it the first time (which is sort of saying something because I think I’m a fairly close reader, but maybe I’m not.) I think I was just pulled in to the story from the first page and couldn’t see what people were talking about. The biggest slap-down, or the most high-profile slapper, has been the critic James Wood, a man I rate. I love his book How Fiction Works, it’s a really intelligent look at fiction. But of course it’s only his opinion and it’s okay that I really loved The Goldfinch even when there were lots of voices saying it was shit. It’s interesting how personally we can take things, when other people don’t love the things we love.

So I started to re-read The Goldfinch and YES I could see the CLICHES, and I could see the overwriting. BUT IT DIDN’T MATTER. This time, looking at it again, I was once more pulled in to the story, revelling in the characters, the plot, the adventure. I googled around and found this article, by someone who had experienced the same thing as me. She’d loved the book, seen the criticism, wondered at it, and re-read:

Why You Should Absolutely Read ‘The Goldfinch’ by Maddie Crum

And then, more recently but unconnected, this piece on clichés and how they work and why they might be more useful than we have been told:

After reading these two pieces I decided that was how I was so easily pulled in to the story. Very quickly Tartt made me feel that I was reading a book where it was clear what I needed to bring to the experience: not my intellect and working things out for myself; not my decoding ability or interpreting ability. Just my reading eyes and visualising brain, and I could leave the rest to her. This isn’t laziness but it is the most pleasurable of reading for me because it’s like sinking into a warm bath and being able to let go of everything and go along for the ride. It’s how I used to read when I was younger; it’s nostalgic and warm and comforting, and a gift from any writer who can make me experience a book in that way. It fits in with Tartt’s deliberate drawing of influence from Dickens stories (another area of criticism from others.) Sometimes I wonder whether you need to have grown up reading certain books and in a certain way to appreciate certain books later. The other thing is Tartt’s Goldfinch is realist fiction and maybe it’s just not hip to be writing realist fiction.

Goldfinch movie to be made. Maybe. Possibly.

Epic Tale of Art and Grief, from the Phnom Penh Post.

One book I bought recently was Poems That Make Grown Men Cry. 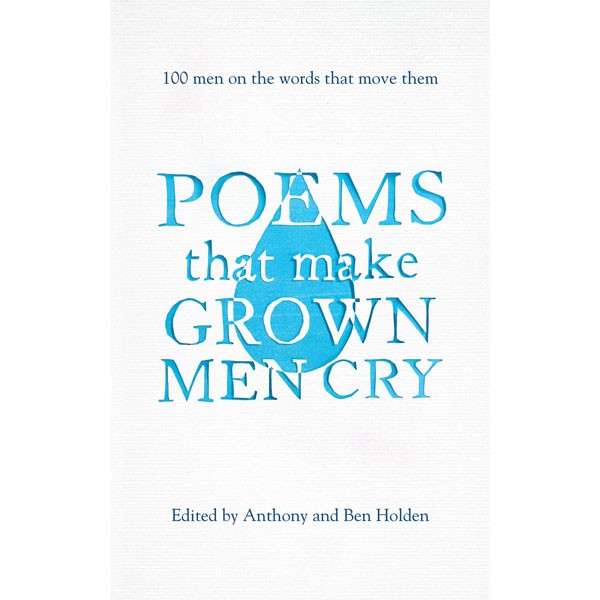 Late one afternoon in the mid-1990s a close friend of long standing called me to tell me of a sudden domestic crisis. My wife and I went straight round to join him for the evening, during which he began to quote a Thomas Hardy poem, ‘The Darkling Thrush’. Upon reaching what might be called the punch line – ‘Some blessed Hope, whereof he knew / And I was unaware’ – our friend choked up, unable to get his words out. This was understandable: he was still upset by the day’s events. We ourselves were much moved.

That weekend we happened to be visiting the scholar and critic Frank Kermode. Frank knew the friend involved, and was also touched by his Hardy moment. ‘Is there any poem you can’t recite without choking up?’ I asked him. Never an emotionally demonstrative man, Frank said immediately: ‘Go and get the Larkin.’

In front of his half-dozen guests he then began to read aloud ‘Unfinished Poem’, about death treading its remorseless way up the stairs, only to turn out to be a pretty young girl with bare feet, moving the stunned narrator to exclaim: ‘What summer have you broken from?’ It was this startling last line that rendered Frank speechless; with a forlorn waft of the hand, he held the book out for someone else to finish the poem.

Isn’t this wonderful? It makes me wonder even more, I want to try to understand what it is that moves us. Of course it can be different things but there is also, often, some universality in operation. For me, the thought of these people unable to finish a line of poetry because of emotion causes me emotion. How is it so?

Clive James selected a poem to include, and it’s Keith Douglas’s Canoe. And here is an article on James from a while ago which is moving. I feel sad to think that he won’t see Australia again and that is what ‘he most longs to do.’

This is another ‘while ago’ piece that I collected the link for, probably done around the same time as the above Clive James one, because they both appeared at the Australian New Zealand literary fest thing in London a couple of months ago. Here a piece on Tim Winton with a headline that makes him look incredibly arrogant. Wonder if that was deliberate:

Tim Winton: My only peers were in the library

Speaking of libraries, I recently finished the Orange is the New Black season 2. It’s a show that features lots of books. The prison has a library, but characters are often seen reading novels in their ‘bunks’ and making literary references all over the place, eg ‘Tom Pynchon hid out in New York city for years’ and similar.

Vulture piece on books in OITNB

And a tumblr on same

Finally this is a nice post on different viewpoints in fiction, helpful for authors, via Writers Write.

10 ways to tell a story, all about viewpoint