This year I’ve tested out a couple of book clubs, run by local bookshops. I have a fairly non-existent history with book groups. I went along once to a friend’s meeting. I hadn’t finished the book, and felt incredibly inarticulate. I don’t know whether finishing the book would have made any difference, to be honest.

One was a non-fiction group, meeting at Readings St Kilda. It only started about half way through the year and was a test, to see how much interest there was. We did three books: Michaela Maguire’s LAST BETS, Katharine Boo’s BEHIND THE BEAUTIFUL FOREVERS, and Helen Garner’s THIS HOUSE OF GRIEF. There’s been talk of doing another NF group next year, also of doing a ‘hard-to-read’ classic, possibly Proust, across the whole of the year. I’m not sure which interests me most, probably the Proust.

Another bookshop, Avenue Bookstore, runs a fiction book group, that is loose and relaxed and you can book which sessions interest, and skip those that don’t. I went to one meeting (Favel Parrett’s WHEN THE NIGHT COMES), had to miss one (Wayne Macaulay’s DEMONS, which I read anyway and liked) and the final one I’m going to is this week, which is for Ali Smith’s remarkable HOW TO BE BOTH. 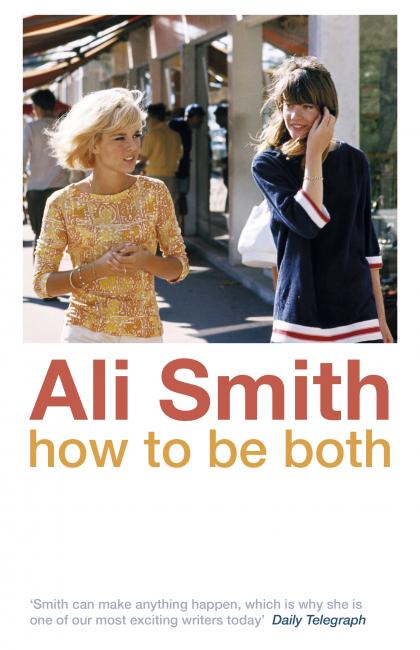 From the blurb on the back:

How to be both is a novel all about art’s versatility. Borrowing from painting’s fresco technique to make an original literary double-take, it’s a fast-moving genre-bending conversation between forms, times, truths and fictions. There a renaissance artist of the 1460s. There’s the child of a child of the 1960s. Two tales of love and injustice twist into a singular yarn where time gets timeless, structural gets playful, knowing gets mysterious, fictional gets real – and all life’s givens get given a second chance.

This book is one of those Clever Books, that I admire yet finish reading feeling as if I haven’t gotten it completely. As if I’ve missed something or a whole lot of things. I feel I’m a close reader and the sense of missing things usually would be unsettling but with this book, I just let it go and went along and enjoyed it for what I could take from it. Like the paintings within, with their layers of paint that can be scraped and are sometimes obscuring a detail underneath, I sense this book has layers, and each reader will penetrate to their own depth.

I read somewhere that the Booker judges had this book alongside Richard Flanagan’s NARROW ROAD on their short list of two and that it was very, very close. One of the judges, Francis Spufford (also an author) said of HOW TO BE BOTH:

[it’s] a book which confirms that formal innovation is completely compatible with pleasure – that it can be in fact, a renewal of the writer’s compact with the reader to delight and astonish.

It’s true. This book does delight and it does astonish. Spufford also mentions a wariness of talking about ‘brilliant reads’ fearing that this can lead to the perception that this is all fiction should be. But no, ‘[f]iction’s duty is to be astonishing.’

I’ve got some notes here, and one of them is ‘not how to be both: how to be everything.’ In some ways this book does set to quietly exploding binaries, showing the existence of at least one, possibly many, in-between spaces where identity can live. This is a book about a contemporary teenager and a painter from a time in history, whose stories intertwine with originality and energy. My version of the book had teenager George’s narrative first – one long section, and then the historical narrative second, in the voice of painter Francesco. (Different copies are bound in different orders; apparently the e-book you can choose which to read first.) The book is sectioned into two halves. George’s narrative voice is wry and playful, witty (she’s into word games) yet sad as her mother has died recently, tender as she looks after her younger brother, as she tries to work her way forward. Her narrative trips back and forth across time, from a ‘now’ and a ‘before now’ – I think I counted three temporal locations within her narrative. The historical section takes some adjustment to the voice, but it shares George’s circularity, so there is some symmetry there, and throughout, Smith adheres admiringly to the adage ‘never apologise, never explain’ (I can’t remember which writer said it; Muriel Spark?) and leaves it to the reader to catch up, or not. Smith also uses the colon in an interesting way, with a space either side, that created a sense of balance and symmetry in the text. It made me think of the mis en abyme in painting, where mirror images reflect each other back and forwards to infinity.

It is a feeling thing, to be a painter of things : cause every thing, even an imagined or gone thing or creature or person has essence : paint a rose or a coin or a duck or a brick and you’ll feel it as sure as if a coin had a mouth and told you what it was like to be a coin, as if a rose told you first-hand what petals are, their softness and wetness held in a pellicle of colour thinner and more feeling than an eyelid, as if a duck told you about the combined wet and underdry of its feathers, a brick about the rough kiss of its skin.

There’s so much to excite in this passage: the repetition of the word ‘thing’; the idea of a coin having a mouth; the use of the word ‘pellicle’ and the thought that follows reading it: what the hell is that? (and then the complete absence of desire or need to look it up. It’s perfect in that paragraph, sitting half-known.)  The idea that there is a colour thinner and ‘more feeling’ than an eyelid; the use of the word ‘underdry’ and how it’s a compound, not hyphenated; and finally the thought that a brick has a skin and that its kiss would be rough. This is the astonishing that Spufford was talking about.

There is a revelation on page 237 that made me go ‘wow’ and I won’t talk about it here but earlier on that same page, Smith writes what I think is an explanation of what she has done with this book:

how to tell a story, but tell it more than one way at once, and tell another underneath it up-rising through the skin of it

And another hint about what’s going on, as if to encourage the reader to step back, away from the painting and try to take it all in at once (because that reader might be focused only on a corner of the fresco):

Cause nobody’s the slightest idea who we are, or who we were, not even ourselves.

One passage I really loved was in the second half, when the painter’s friend confronts Francesco. It’s an integral scene and one you think might end in violence, but it is moving and tender and lovely:

He leaned forwards, took one of my boots in his hands : he untied the laces and straps : he took the boot off my foot : he untied the boot on the other foot : he took it off me : he stood my boots to one side : he unsheathed his knife from his pouch : very careful with the blade not to cut me, he nicked its point through my leggings at the ankle and cut in a circle all round first one, then the other.

He peeled the legging-stuff off each foot : he placed both pieces to one side : he took my bare feet in his hands : then he spoke.

If you don’t mind a review that reveals more about story (details I’ve left out on purpose) this is one from the Guardian, written before the winner of the Booker was announced.

8 thoughts on “Not a review, on How to Be Both by Ali Smith”