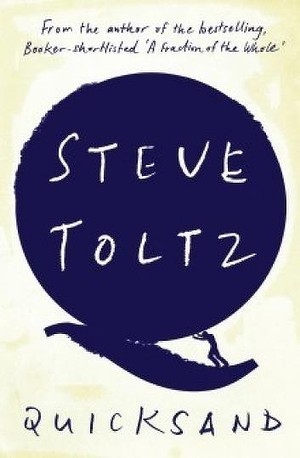 Let me say first, I have A Fraction of a Whole, I’ve had it for years, but I haven’t read it. Yet. I will, because now I know how Steve Toltz writes, I will be eating up all his words.

Book number 35 for the year was Quicksand, ah what to say about it. It’s in the maximalist tradition of David Foster Wallace (but more restrained). It was as if Toltz sat down and thought ‘I want to write a whole man’s life. How do I do it?’ and I think he was successful, there’s so much crammed in to this book. Things I loved about it: the energy, the characters, especially the protagonist at the centre, Aldo Benjamin, a man whose life could be held up by his friend Liam as an example to others of what not to do.

‘Why should I let you write about me?’ Aldo asks Liam, when Liam takes notes when they are together, explaining he’s going to write a book about him.

‘Because you’ll inspire people. To count their blessings.’

And this is the crux of the book. Here we have an anti-hero. A man who fucks up at every turn, who fails at everything, yet has a coterie of people who turn up and bail him out. One of the funniest scenes in the book is when Liam realises he’s not the only ‘best friend’ that Aldo relies on to come running.

I did tire a little, though, with the lengthiness of the novel (and I am a reader who loves a long book). At times it felt like the passages were a compendium of lists, as if a burst of words on the page is enough to impress. It’s not enough for me but I really enjoyed most of it.

[2016 insert: Here’s a great review from Sue at Whispering Gums. She loved Quicksand.]

I’m having a rest before getting on to Fraction. Read Carson McCullers’s The Member of the Wedding over the last two days (book number 36). What a brilliant book. It was recommended by Kirsty Gunn in her talk at the Melbourne Writers’ Festival a couple of years ago, talking about how well McCullers did the child’s point of view. And my copy has an intro by Ali Smith, she of the fabulous How to be Both. It’s an instructive essay and I read it after reading the novella.

Great stuff. I recommend both. (By the way. Book 31: In the Quiet by Eliza Henry-Jones, a pretty impressive debut. The woman is 25. Far out. Book 32: Relativity by Antonia Hayes. Another local debut. Book 33: Bossypants, Tina Fey. Better than the Poehler (only cause I thought Amy’s book had too much filler) but still, not as awesome as I expected. What was I expecting? I don’t know. It was ok. And book 34 for the year: The Other Side of the World by Stephanie Bishop. Again, really skilfully written, understated and original, which I liked. And a female protagonist who will inflame many a book club I reckon. Impressive.)

Am reading John Irving’s Owen Meany now. Do you realise I’ve never read it before? Again, had it for years. Even have an inscription in the front from myself to myself, with the date, sometime in 1989, and saying ‘three years I have waited for this’ and yet, I obviously didn’t read it. For whatever reason. The wall was coming down? I went to Lake Eyre? Ah, that’s probably it. And then, I was getting ready to go overseas, in April the next year, and then shortly after that, four days precisely after leaving Melbourne, my life took a turn and I spun off in a completely unexpected direction, a segue that involved marriage, spinning a life between Australia, Japan, Turkey. So maybe it was a case of ‘reading interrupted’. I think so.

Oh, and these author pics. I’m so curious about them now, and study them as if they are beetles with pins in them. 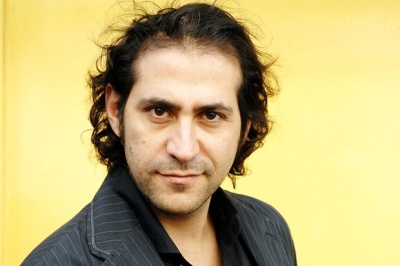 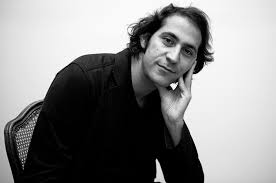 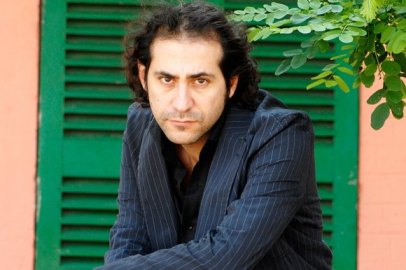 I think he’s doing ‘chin work’ in the bottom photo. Check this for explanation: it’s all about the jaw

oh, and there’s the squinch too