This is a new thing, happening in Melbourne and elsewhere. On twitter one day I put the question out whether there were any writers with their old (bad) diaries – you know, the excruciating ones from childhood, teen-hood and early adulthood. Where it was all about the self, the indignities and mistakes. Pages filled with complaints and minutiae and worries and illicit feelings.

The second thing I asked on twitter that day was: And would you be prepared to read from them live?

Well, such a response. People keen to read, people keen to listen. People bemoaning the fact that they had burned their diaries. That following weekend saw people all over the place, including New Zealand, checking garages and attics and cupboards for their old diaries. Kate Forsyth reported back that she has 60 volumes. SIXTY.

This ‘concept’ has an even earlier genesis. When I was preparing for the Writers Under the Influence event that I appeared at, back in June I think it was, I was going through what my influences were. I went back to my teen diaries, wanting to see what I’d been reading (short answer: nothing much noted other than school texts. The Dickenses, the Brontës, the Austens, etc). But I did chance upon a fantastic* week’s entry of me, at 17, completely self-absorbed, writing about being away with the family over the New Year’s period. It was the beginning of my journaling that continued until my baby was born in 1996, and became very sketchy from that point forwards. Apart from a blog I started in 2005 and kept up until I started this one (in 2012 I think it was) I have only really kept travel diaries, but when the family was young, it was all very haphazard. The blogging was good – it was like a journal but didn’t record my daily stuff the same way my diaries had. And it was to a definite audience. However, on that blog I started transcribing some of my diaries, and called them My Bad ’80s Diaries. (You can’t find them, they are back into the draft section of that blog.) But they were really popular. People read them, it was like Dickens novels being serialised each week. I pseudonymed the main players, fudged certain details to keep it as anonymous as possible, and people tuned in to read, the follow the characters, including ‘Patrick’ my first proper boyfriend.

So in a way, all roads have led to this. You google ’80s diaries and it seems many people love the idea. It isn’t a new concept, but no one else is doing it in this way that I can see. There is a resurgence of salon-style gatherings, and how lovely to think that there is a trend back to that, to small intimate gatherings. I love it.

We had our first salon in early July and it was great. We had the theme of MISTAKES and the readers were Jane Rawson, Imbi Neeme, Cassandra Austin, Rosalie Ham and me. A small group of about fifteen gathered around a long table at Willows & Wine in West Melbourne (a lovely little spot that loves books and sells some second hand, and also you can get a glass of wine and cheese board if you like). And we read. Each for about ten minutes, and with informal chat and q&a in between. I read about my first secret marriage, and my daughter was there and it was interesting, intimate, candid. A really special evening.

We have another two planned for next month – the second one to the theme of TRIPS in Melbourne and one later in September in Perth, to the theme of REGRETS. Readers are confirmed, and  if you think you’d like to come along to Abbotsford, date is Tuesday 19 September. 6.30PM, and readers are Jock Serong, Rose Mulready, Jennifer Down, Rochelle Siemienowicz and Marlee Jane Ward.

Here are some photos from MISTAKES. 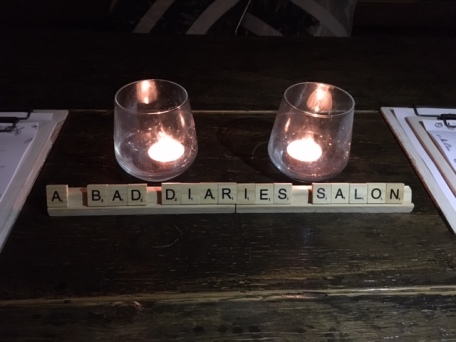 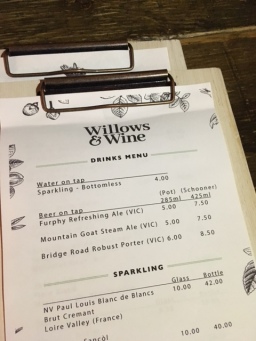 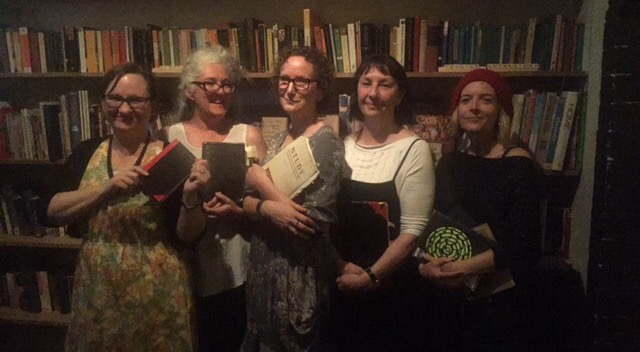 13 thoughts on “The Bad Diaries Salons”

Leave a Reply to Jenny May Ackland Cancel reply