We are closing the year having run several salons in 2019. In addition to the one below, at Willy Lit Fest in the middle of the year, we ran two in New Zealand, one in Perth and the last one for the season in Geelong at the Word for Word Festival in November.

At Geelong, we had a fabulous line-up and because the group shots were so good, here’s all four: 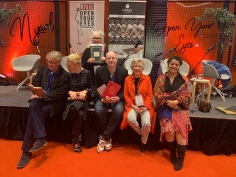 Geelong poster – the theme was #OPEN 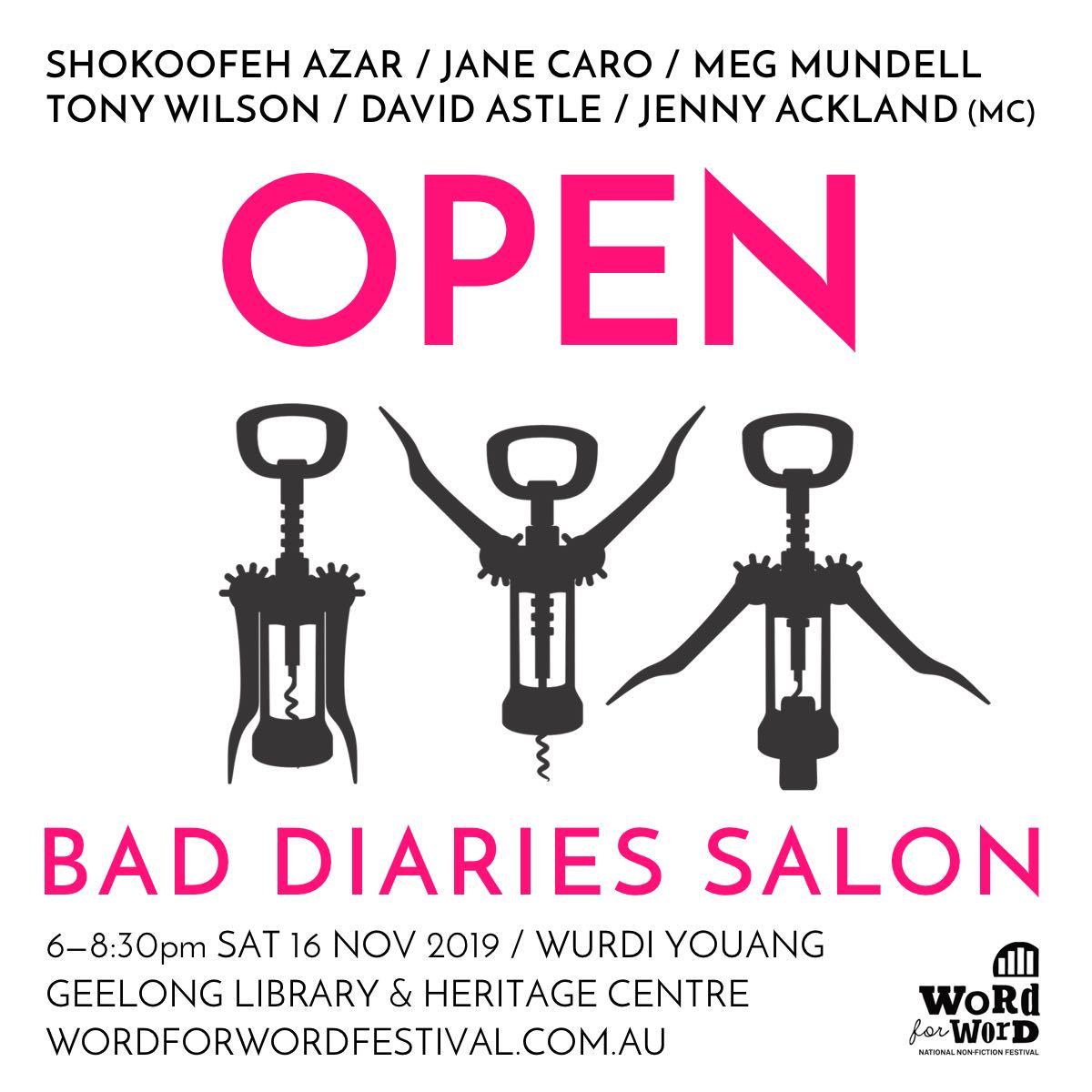 Earlier this year, the magnificent Tracy Farr (did you know she produces some of the posters including the above? She is MULTI talented) curated and MC’d — and in some cases read at — salons in Christchurch (August), Perth (October) and Wellington (November). 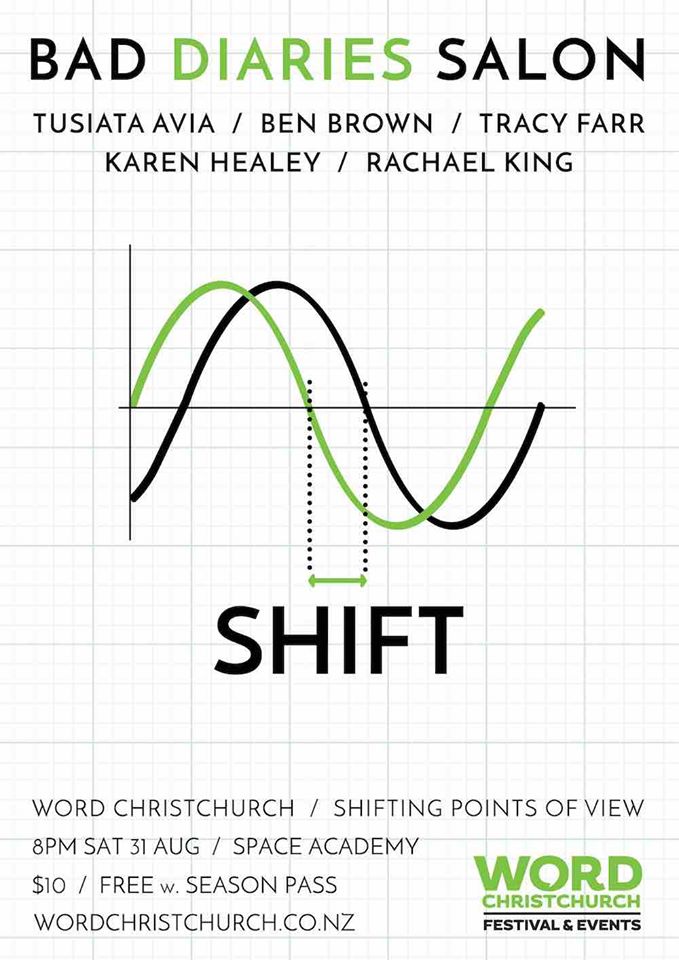 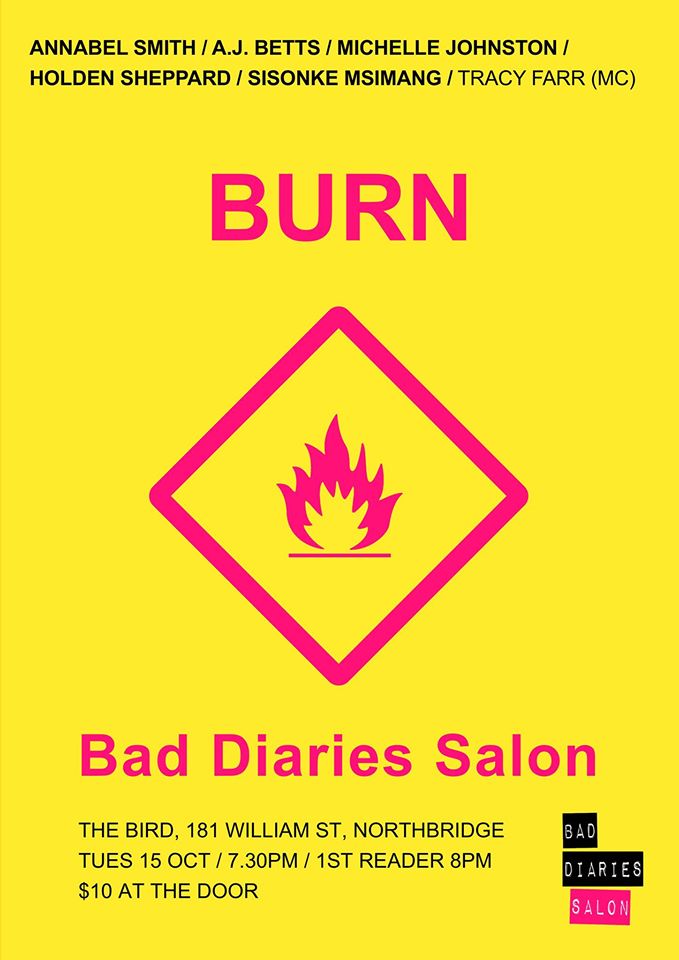 Here are some pics from those events: 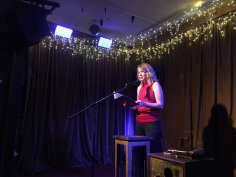 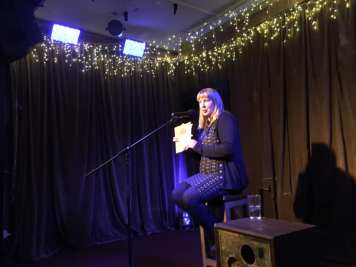 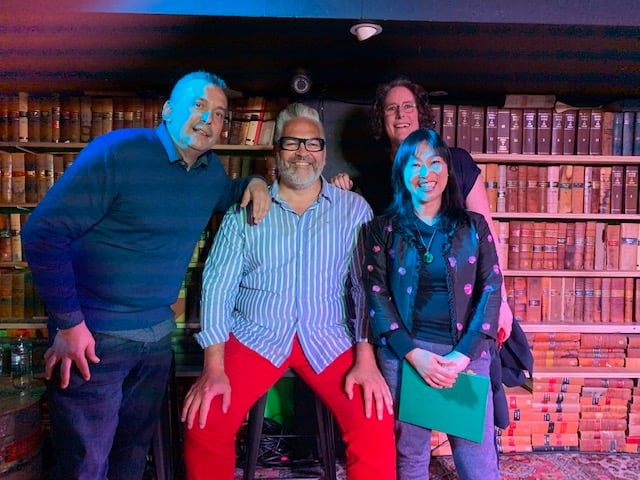 Thanks to all readers and everyone who came along to a salon to listen and revel (and perhaps have a little weep or a big laugh).

See you in 2020. We’re already rubbing our hands together with what we will bring you. Keep well and keep writing those diaries!

Wow. Already more than half way through 2019 so you might be wondering what’s the deal with the salons this year? Well, I can say we have had a quiet first half but did stage a salon at the Willy Lit Fest in June, it was fab and here is the poster: 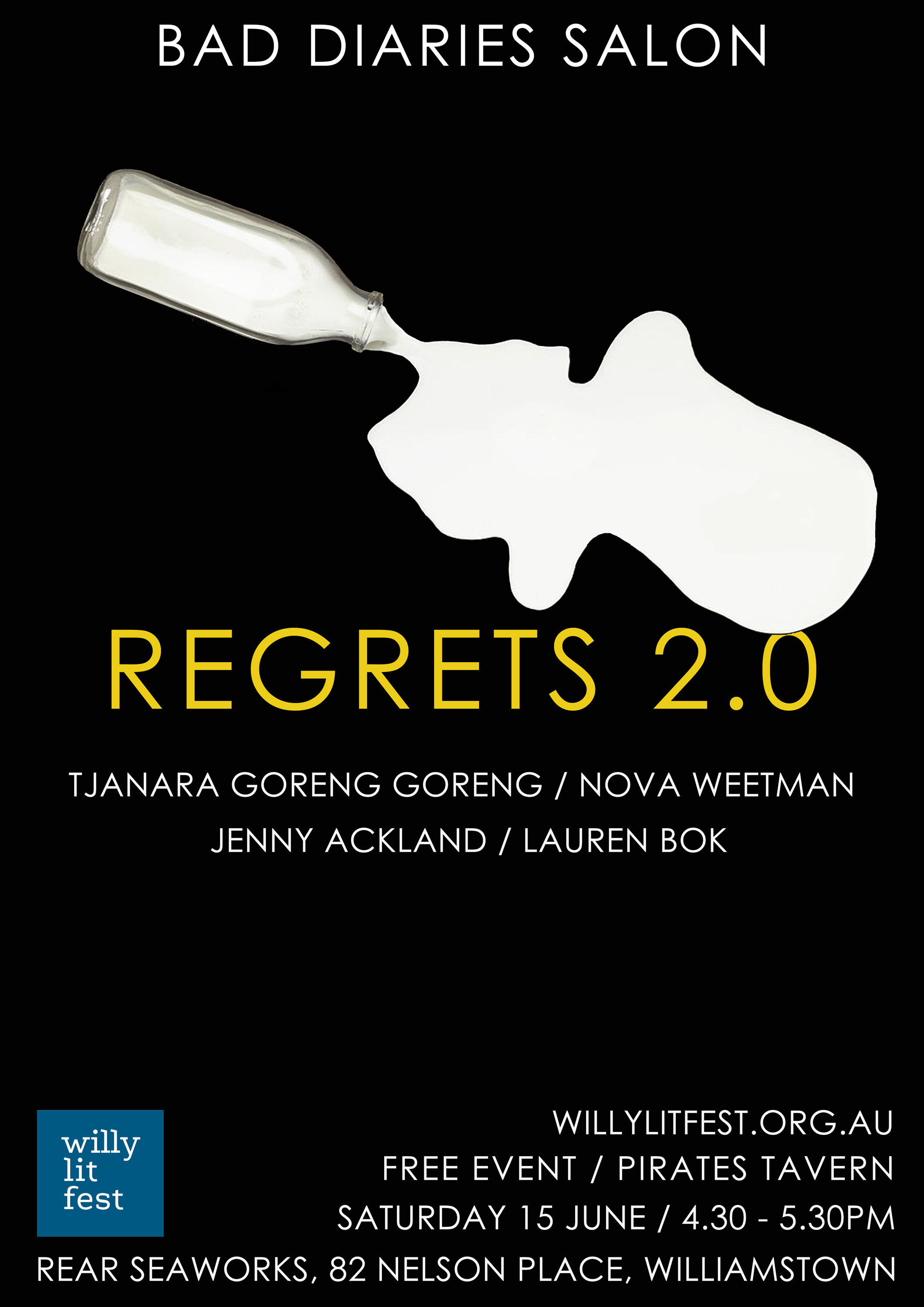 Again it was a wonderful salon with readers performing, time travelling, entertaining and moving the rest of us with their selected readings. (Thanks once more to Maestro R Lukins for artwork, as well as to the festival organisers especially Stella for all her hard work pulling the reader list together!)

We have four more 2019 salons in the pipeline that aren’t announced yet. Once we can let you know then of course we will let you know.

Until then: don’t go changing

We have three upcoming salons in November.

1. 10 November in New Zealand at the Wellington LitCrawl. Theme is #FIVE and details are here.

2. 4pm Sunday 18 November, at the Geelong Word for Word National Non-Fiction Festival, theme is #GET REAL. Tickets on sale here.

A taster for the event was my ABC radio interview where William McInnes and I read from our bad teenage diaries. You can listen here.

3. 7pm Wednesday 21 November at Buck Mulligan’s Whisky Bar + Bookshop in Northcote. This is a FREE event, and unticketed.
Theme is #CLUELESS.

We hosted a salon in Christchurch recently as a part of the WORD festival. It was the first time the salon has gone international and it was a BLAST. New readers, new theme of #RISK. It was a great night, and one of the funniest salons we’ve done, yet there was also poignancy and pain; the sharp observations and memories that we have when we look back on our lives. Thanks to readers: AJ Finn, Stacy Gregg, Ray Shipley and Emily Writes. Posters whipped up by multi-talented (& MC for the evening) Tracy Farr. 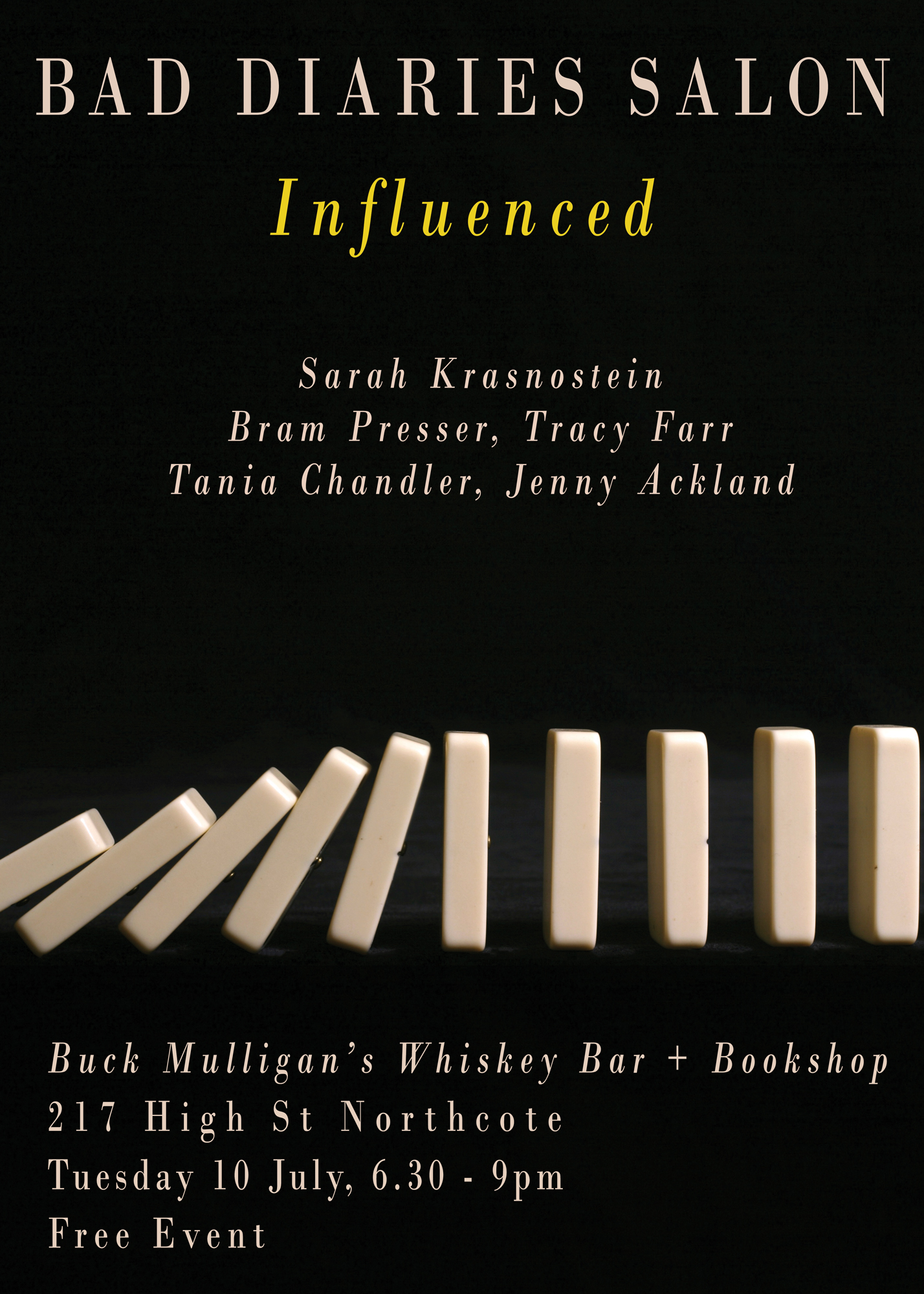 Five published writers read for ten minutes, to a theme, from their terrible old diaries or other juvenilia. It can be bad poetry. Terrible song lyrics. Stories written in childhood. No writing to purpose, no editing or revising. Events are not recorded, there are no auditions or submissions, and the salons are proving candid, hilarious, rare, unique and special. And awkward. See posters for some of the fabulous Australian writers who have read at a Bad Diaries Salon so far. We are planning more salons for 2018, so stay tuned for announcements here and on FB. If you are a published Australian writer and would like to read, if you have gold in diary or early works form, please get in touch via the contact page. We will also be looking at running salons with other groups of five: musicians, journos, visual artists, dancers and so on. So likewise, if you have some old teen diaries burning a hole in your psyche, please let me know. Readers are paid, some events are free and some ticketed.

You can read here about the Perth salon REGRETS, and two of the Melbourne salons TRIPS and MISTAKES.

In the meantime, while you cool your impatient heels, if you can access it, have a listen to a chat on TRIPLE RRR, about the Bad Diaries project. I’m on about 1:35 hrs in.

I also chatted with ABC Bendigo and ABC Ballarat in the week of 7 July about the Port Fairy salon. 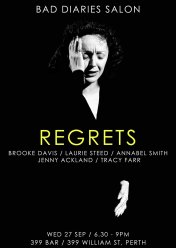 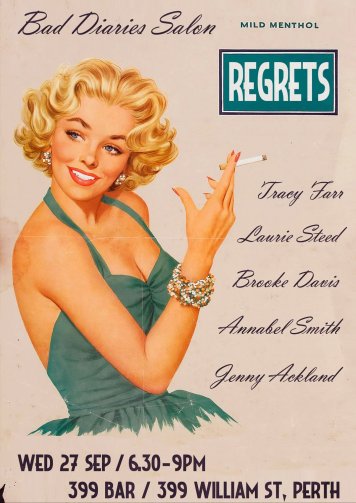 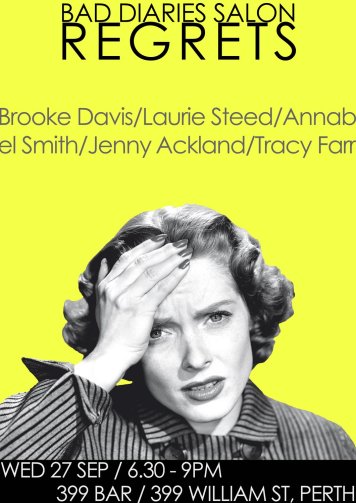 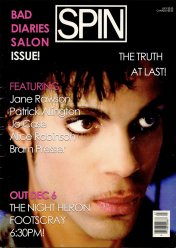